With just a few days of 2019 remaining I’m just in time for my annual gear post. Big thanks to John and Rob for prompting me to do this!

If you’re new to my blog I have chosen to live out of a bag; everything I own fits in to hand luggage and I carry it on my back. I keep things as simple as possible (thus the black palette) and I weigh everything I own to ensure it is worth carrying. I maintain this blog to help others who want to do the same, I hope this helps you too.

Key changes to the clothes; I ditched my Outlier Slim Dungarees for an extra pair of prAna Bridger jeans. I found the SDs tugged at my leg hair slightly (not as much as the Outlier Futureworks did but enough to make me want to switch). The Bridger jeans are tried and tested and supremely comfortable. Sadly they don’t seem to be as durable as the Brion pants and my older pair (now 26 months old) are failing.

I’ve also changed my shoes entirely; the Arc’Teryx Acrux failed remarkably quickly (less than 1 month) with holes developing on both sides of both shoes around the mesh panels. In hindsight I should have seen this coming and it certainly looks like a major design flaw. I am now rocking a pair of Vivobarefoot Ra II shoes for work and a pair of Vessi Skyline ‘trainers’ for fun.

The Vivobarefoot Ra II shoes are zero drop meaning they can be quite hard on the shins, I’ve mitigated this by using gel insoles which improve the comfort hugely and still keep the weight down. They’re very light and very flexible, they feel fairly breathable too – and look good for workwear (being leather). I swapped the laces for Hickies to minimise lacing time.

The Vessi Skylines are an interesting mix; waterproof soft wrap shoes that feel more like a sock with a sole. I’m still making my mind up on these and may write a full review in due course. They’re not as breathable as I had hoped (perhaps due to the waterproof membrane) but they are very comfortable and the grip is better than I imagined. They are excellent for beach walks because the sands just brushes off and streams are no problem; however the material is less suited to bush walking where vines sometimes get caught on the outer and dust requires a good hosing. However I am concerned about their durability as they are showing signs of wear after just 5 months. I may be putting their warranty to the test very soon.

So that’s 45 items of clothing weighing in at 8409g (and a carried weight of 7206g since they like you to wear clothing when you travel in public).

Some minor changes to the gear too… but not that many.

Rather than force you to read through everything I’ve listed the big changes below:

The Swiftpoint ProPoint has been a game changer. It’s so tiny and took a little bit of getting used to but now I couldn’t do without it. It’s ergonomically designed to mimic holding a pen and it’s remarkably powerful for scrolling and presenting. It comes with a tiny magnetic charger that plugs in to a standard USB port and a magnetic ‘parking spot’ that sticks to a laptop allowing the mouse to be carried easily. I absolutely love this little mouse. It wasn’t cheap but it’s more than paid for itself over the last year.

The UE Roll was a wonderful little speaker but just that little bit too big for daily carry. Initially I tried the Anker Nano which weighs in at a miniscule 80g but perhaps unsurprisingly the compromise on audio quality and particularly battery life was too much. The new Anker Souncore Mini Icon seems to be the sweet spot – sounding superb and lasting a commendable 8hrs.

The swap to Maui Jim Sugar Beach sunnies was on the back of a recommendation from my cousin who is an optician. She said the Maui Jim lenses were an order of magnitude better than Ray Ban and were much lighter too. It’s early days but I am impressed by the coverage and the weight (down from 32g to 14g). Since the Maui Jims are somewhat ‘wraparound’ I have kept their clever case too which packs flat when not in use but weighs a little more than the Ray Pan case, and is a little more difficult to squeeze in to the top pocket of my Tortuga.

Having been lugging around the 282g Lewis N Clark ‘Light Compact’ umbrella for nearly 2 years the 87g Mont Bell Travel Umbrella feels like absolutely nothing. It fares wonderfully in light rain and is relatively easy to use (if a little more fiddly than the automatic mechanism of the Lewis & Clark). 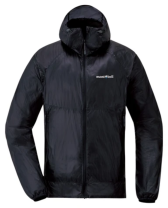 Of course when the storm hits this thing will be utterly useless… but then I have lost plenty of umbrellas in the Sydney storms and I generally find myself reaching for a rainjacket rather than a brolly when the winds are kicking in. For that reason I also bought myself a 72g Mont Bell Tachyon Parka for the worst weather days. Even combined they still weigh less than the L&C. 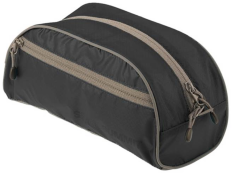 It turns our my new smaller Sea To Summit washbag actually weighs 2g more than the Eagle Creek Specter washbag it replaces. However it’s black and it occupes less space in my Tortuga which also menas the washbag contents don’t slosh around as much. 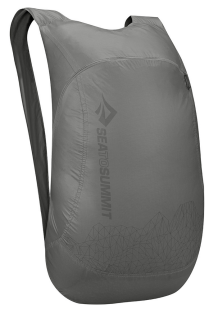 I have raved about the Matador Freerain 24 perviously – in many ways it is more functional than my new Sea To Summit Nano Daypack that replaces it with the two side pockets and watertight main compartment. However, the S2S daypack weighs in at an incredible 30g as opposed to Matador’s weight 154g so, in terms or daily carry, there is no competition. The S2S offering is understandably basic but for lugging a water bottle, hoodie and snacks it is perfectly serviceable and packing this in to it’s own pocket for an attentive audience is an absolute joy.

The new Xiaomi Home Mi shaver is a marvel, the blades are super sharp, the magnetic foils seem very durable (although I do protect mine with an Outlier band) and the runtime on a single charge is excellent (around 5-6 uses). My primary reason for buying was the USB-C charging but this is a bit of a lie as the device does not support PD (power Delivery) which means it’s really just a standard USB charge with a USB-C port. However at 92g it shaves 30% off my total weight. See what I did there? I know…

OK this is a bit of a copout as I replaced a 100g rock with a 40g rock and claimed a weight saving. It’s fair to assume this new crystal will only last 40% of the time of the previous but then, these things last for years anyway. I’m totally fine replacing it every few months at less than $5 a pop. Sadly it’s fallen out of its plastic base already but still perfectly usable, I may even be able to further reduce weight by finding an alternative means of protection (bearing in mind that if the rock gets smashed it is essentially useless).

On to the full list for anyone that hasn’t read my blog before.

In to it’s sixth year of daily use my 2014 Tortuga Air has been my constant companion on trips through Denmark, Singapore, Italy, Thailand, Cambodia, France, China, India, Malaysia, Vietnam, Austria, Sri Lanka, Oman, UK, Morocco, Spain, and Australia. While it no longer looks new it is showing no signs of failing. I have lost count of the number of times I have yanked the full bag by the handles and still no damage or wear. Basically I love this bag and I will be devastated when it finally has to go… which may be sooner than I want and not because of the bag. A recent shoulder injury has prompted me to re-assess my current load and bag. I will write properly on this later but at this stage I am reviewing my options purely for health reasons.

The only big changes here were the washbag and shaver previously discussed. I swapped out my hand moisturiser for a smaller bottle since I use so little (44g -> 24g) and I’ve ditched the interdental brushes as I can rely entirely on the floss sticks for flossing these days (and they’re easily obtainable in most countries). Stingose has gone as it transpired the active ingredient was simply Aluminium Sulfate which can be more easily obtained in a (dry) Styptic pencil (see my OSK below). I’ve swapped my Red Muk hair fiber for Grey Muk as it is even stronger and requires even less for excellent hold. I also lost my little tiger balm to a good man in Sri Lanka who was struggling with a cold.

In addition to the changes to the umbrella and sunnies I also invested in a couple of Muji Double Fastener Cases to hold the smaller items; one for my cables and adapters and another for my plane gear (headphones, earplugs, sweeteners and tissues). They’re lightweight, functional, cheap and readily available.

I ditched the butterfly plasters as I hadn’t used them in over 5 years, regular plasters are all people need most of the time. The chapstick too – through lack of use, to be replaced by the Styptic pencil, and I added some Pro Plus after struggling to find good coffee in India and deciding that the withdrawal headaches weren’t worth it.

The only changes to my laptop setup have been the ProPoint mouse described above and the Stylus Pen – I swapped the battery powered HP Tilt Stylus for a rechargeable version to save having to carry a spare battery (and to save the planet a bit too).

In addition to the previously mentioned Anker Soudcore speaker, Muji case (which finally replaces my 56g WH Smith pencil case from 2001!) and the little USB adapter that charges my new ProPoint mouse I also acquired a few more mini Mimax cables, these are superb for charging or data transfer and weigh next to nothing. I also ditched (or lost) one of my apple iPhone charges (and haven’t replaced it) and swapped the short data cable from a USB-A / lighting to USB-C / lightining as it’s faster. I lost the VGA adapter as I didn’t need it at all this last year (clients are finally embracing HDMI !).

The only change here was the aforementioned daypack swap. Packtowl still serving me well after almost 5 years now!

No changes at all to my everyday carry.

Thank you for reading – hope you found something useful, please feel free to share any suggestions for weight improvement in the comments, I have discovered a few awesome products through your recommendations and it is appreciated!